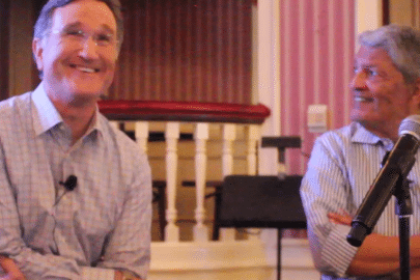 Our presentation will start in a few minutes and my mind is already racing. I’m sitting adjacent to the stage in the infamous Golden Horseshoe saloon at Disneyland. Next to me is my mentor, and Disney Legend, Jim Cora. In a few minutes, Jim and I will be “on stage” talking about Disney Legend Van France, and the role he played as founder of the Disney University. Jim, who was hand-picked by Walt Disney to help Van create the Disney University, is a veritable fountainhead of information about how Van, he, (and many others) helped Walt transform Disneyland into The Happiest Place on Earth.

The audience? About 100 Disneyland Resort retirees, proud members of the Golden Ears Retirement Club … (a very clever name, no?).  While Club President Nancy Valeri opens the meeting I attempt to gather my thoughts:

Yet, my mind begins to wander: “If only these saloon walls could talk, what a show that would be.” I recall Wally Boag, in his role as Pecos Bill, galloping onto the stage spitting out fake teeth while cracking jokes. Further clouding my mind are the memories of Betty Taylor gracing that very stage as Slue Foot Sue. Now completely sidetracked, I ponder, “How many performances did Wally and Betty perform here, earning a place in The Guinness Book of World Records?”

In the distance I hear a faint voice. Growing louder, the voice brings an end to my daydream, “So now, let me bring to the stage Jim and Doug …”  It’s showtime.

Jim Cora shared multiple examples of Van’s lead-from-the-front style. The funniest was a “Van Story” I’d never heard:  “Van encouraged us to develop an ability to read “upside-down” … one could learn a lot by reading memos on their manager’s desk during meetings!”

Presenting at The Golden Horseshoe was an honor and it made me reflect again on an important question that eludes far too many organizations:

Why don’t more of today’s leaders leverage lessons of the past to create future success?

What you can read next 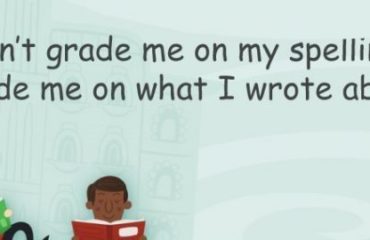 “Don’t Grade Me on My Spelling” A Situational Leadership Story

The Number One Question…